How to experience the essence of Silk Road

Modern Kazakhstan is diverse in all its manifestations. It owes its uniqueness and color to the centuries-old historical activity of nomads and, in particular, to the Great Silk Road.

The Silk Road appeared around the 2nd century BC, establishing trade and diplomatic relations, and ran through a significant territory of Central Asia to the Middle East and Europe. The main commodity sold by caravans was Chinese silk, also being an international currency. In addition to silk fabric, the best sellers were tea, precious stones and metals, ceramic products, weapons, medicines, exotic birds and animals, and much more.

Ancient trading cities near the Silk Road were often attacked from the outside, fires and starvation. Some have long been wiped from the face of the earth, leaving only ruins, others, like the phoenix, have risen from the ashes and continued to bear their valiant burden.

For two millennia, Central Asia has stood at the crossroads of the great trade routes, world civilizations, and cultures. The dust of centuries has entered ancient cities, but thanks to archaeologists and restorers, we can see the rare treasures of ancient cultures - the Seven Rivers and Central Asia. 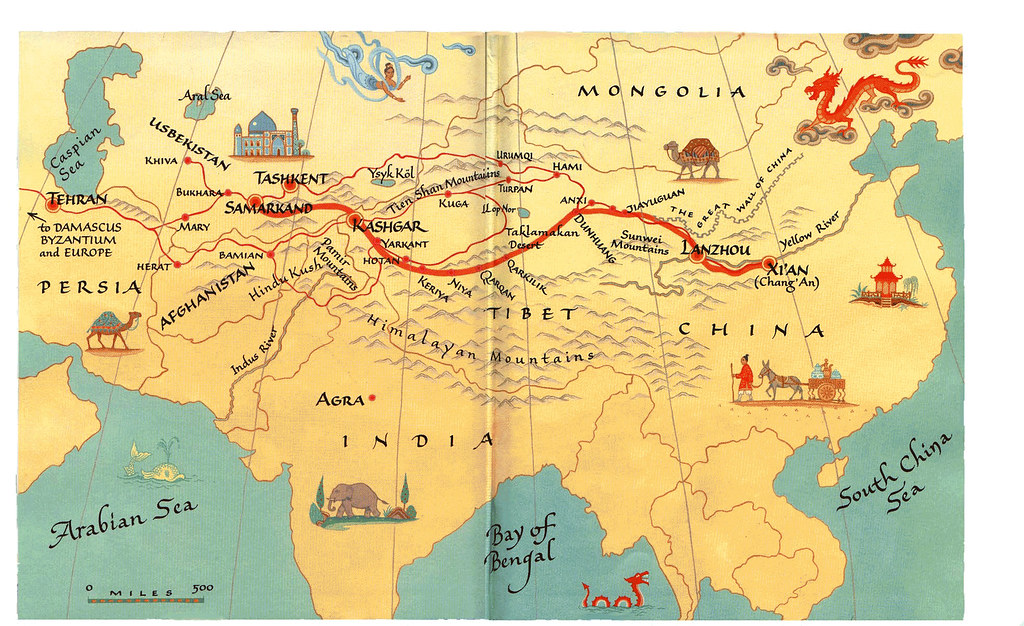 The route of the Silk Road over the centuries has changed depending on various reasons, one or another of its sections and branches acquired the greatest importance, while others, on the contrary, were dying off, and cities and trading stations on them fell into decay. In the 6th-7th centuries, the most lively route became from China to the west, through Zhetisu region and Southern Kazakhstan. And the Silk Road, passing through the territory of Central Asia and Kazakhstan, reached a special peak in the VIII-XII centuries.

Cities in Southern Kazakhstan: Otrar, Taraz, Sairam (Ispidzhab), Turkestan (Yassi), Suyab, Balasagun and others, were not only shopping centers, but also the core of science and culture. In ancient times, Taraz was called the city of merchants. Almost all aspects of life focused on the Taraz bazaar. A city with citadels, caravanserais, adobe huts, dull courtyards, artisan workshops arose in connection with the bazaar and around the bazaar. It seems that people from all over the world flocked to the market square to sell, buy or exchange something. At the bazaar, you could buy and sell everything. For many centuries, Taraz remained one of the most important centers of non-ferrous metallurgy. Copper products of Taraz workshops - jugs, caskets, lamps, jewelry for weapons, clothes and horse harnesses, much more went around the world. Founded in 490, Turkestan reached its peak in the 12th century. Surrounded by a powerful citadel, Turkestan was the administrative center of the Central Asian rulers from the dynasties of the Horezmshahs, Mongols, Timurids, Shaybanids. In addition, the city was the core of the origin of Sufism in the Turkic world, and the mausoleum of Khoja Akhmet Yasawi is still one of the greatest legacies of the past. The originally constructed mausoleum over the grave of the Sheikh was very modest and over the years became very dilapidated. The new mausoleum of Ahmed Yasawi was erected 233 years later, after his death, by order of Timur. Currently, the mausoleum of Ahmed Yasawi has been restored to its original form and is protected by the state. Everyone can admire the pearl of the Medieval East. 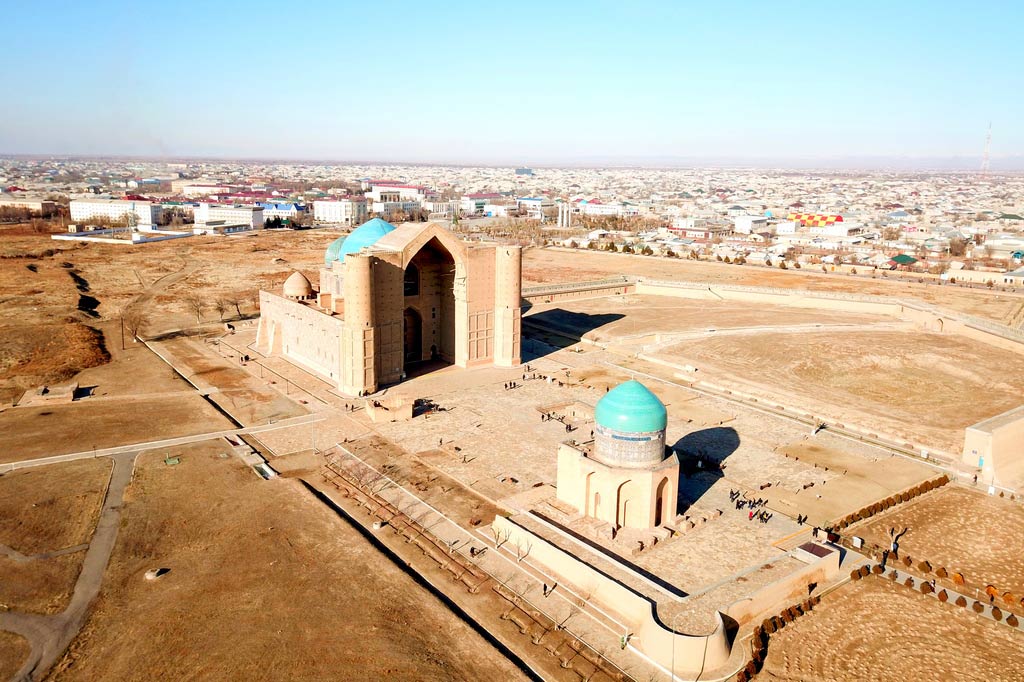 The Otrar oasis was founded by the Kangyui tribe - descendants of the Saks - and consisted of more than 150 small settlements, fortresses, castles and fortified settlements, interconnected by a chain of caravanserais of the Great Silk Road. In its heyday, about a quarter of a million people lived there. Well-known scientists, philosophers, artists and musicians lived in the city of Otrar. In addition to a large madrasah, a bazaar, a forge, a khurt khan, a bath, the city created the priceless Otrar library, famous throughout the ancient East, which was founded by Aristotle's follower and teacher Avicenna, philosopher and poet Abu Nasyr Al-Farabi. Otrar is also known for being the death site of Emir Timur in 1405. One of the largest monuments built by Timur in the 14th century not far from the fortification is the mausoleum of the famous Sufi Arystan-Bab, the great Muslim saint, an associate of the Prophet Muhammad, as well as the cathedral mosque. 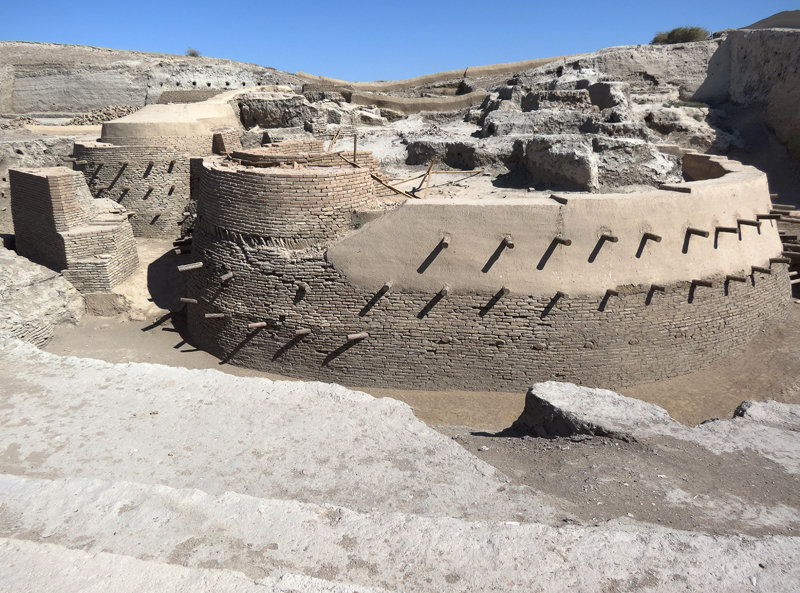 Currently, work is ongoing in the Otrar oasis on the implementation of the state project "Cultural Heritage", which aims to create infrastructure for cultural tourism based on the perception of the unique monuments of Otrar as national symbols. 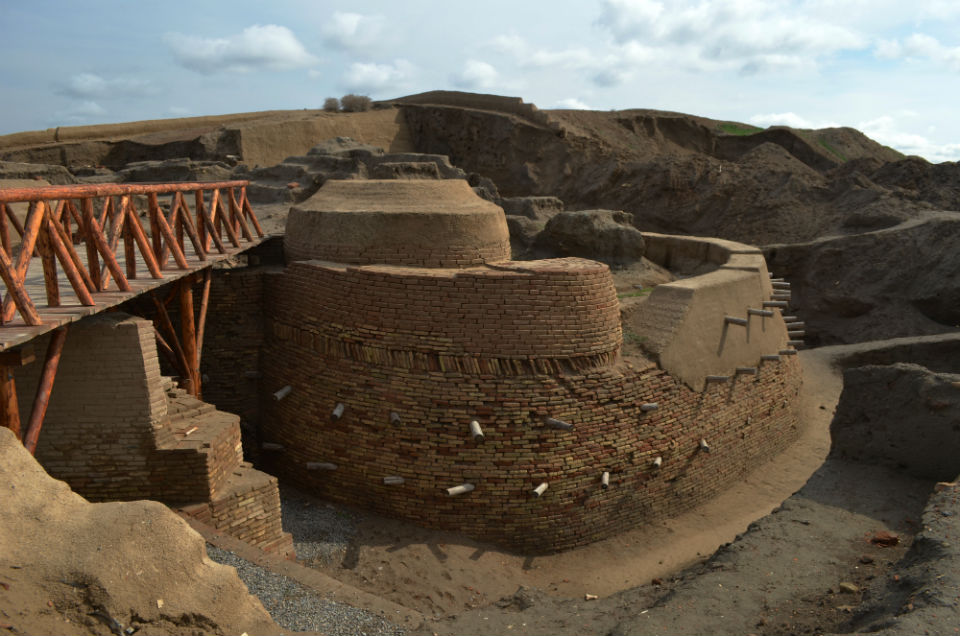 In the era of caravan trade, the significance of another ancient city was great - Ispidjab, or Sairam. In the historical chronicles of the 11-10 centuries, Ispidjab was called a first-class military fortress. For independence and dignity, the Arabs called Ispidjab one of the best cities in the East, respectfully calling it the White City. Many disasters fell on Ispidjab after the devastating wars with Horezm Shah Muhammad and the Karakites. Nothing remains of beautiful gardens and fortifications, except for destructive walls, ruined trees and disappeared people. In the XV century, the city was reborn again under the new name Sairam and again encircled by powerful fortress walls, was dug in by a moat. After the destruction by the Dzungar invasion in 1684, Sairam was no longer able to regain his greatness.

And now, only the swollen contours of the once powerful fortress walls and bastions, the miraculously surviving minaret of the ruined Bazalak-ata mosque (12 century) with a spiral staircase inside, and the half-collapsed entrance to the dungeon leading to an unknown destination remind of the glory of the White City. Some religious buildings built after the Dzungar ruin remind of the past of Sairam, and two mazars connected with the name of Khoja Ahmed Yasawi.

His parents were buried in Ispidjab. After the construction of the magnificent tomb in Turkestan in honor of Khoja Ahmed Yasawi, mazars were built in Sairam to his parents - Ibrahim-ata and Karachach-ana.

Suyab and Balasagun. Suyab was the first capital formed in 581 on the territory of modern Zhetisu region of the Western Turkic Khakanate and served as a center of lively trade. Merchants from different countries came here every year to a big fair, where they discussed their trade affairs, sold and bought goods. Suyab is the ancient capital of the Türks, the ancestors of the Kazakh ethnic group, and Balasagun is the first city where the Türks took the Koran into their hands. Cities appear in many historical chronicles, however, it is quite difficult to establish the exact geographical location of cities.

Kayalyk (Koylak) - the capital of the Karluks. The city was famous for its bazaars. Along with Muslims, Christians lived in it, having their own church. This is reported by the visiting Ambassador of Louis IX, the monk Wilhelm Rubruk. The city was located in the valley of the Karatal River, on the outskirts of the village of Antonovskoye. Not far from Kayalyk, according to Rubruk's note, there was a Christian village through which the Silk Road also passed. 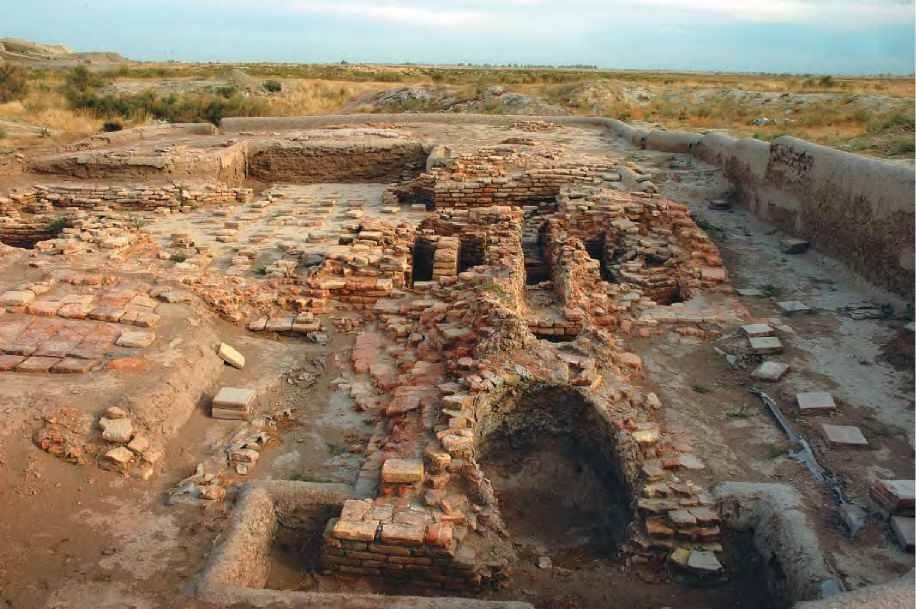 The Silk Road lasted until the sixteenth century and the opening of the sea route between Europe and Southeast Asia. Other reasons for its decline include the horrific internal wars that destroyed developed cities, as well as China’s decision to close its western borders.

Making gifts is an art that, like any other art, can and should be learned, as this is a demonstration of a person’s inner culture....

How to prepare for winters in Astana

The authorities set the slogan “Capital of the Great Steppe” to this city, and in 2012 CNN called it “The world’s...

Money is universal equivalent of the value of goods and services. Every country has there own official currency and Kazakhstan is not an...