Kazakh cuisine offers a great diversity of dishes and drinks of animal origin. This is explained by the fact that the nomadic tribes who played a role in the formation of the modern Kazakh ethnicity were mainly engaged in cattle breeding: you can’t develop agriculture in the steppes. We will tell you about the main drinks consumed in modern Kazakhstan.

Tea has a special place in the drinking culture of the Kazakhs. This is perhaps the main drink consumed by people of all ages. Around the V-VI century, the Chinese began to trade tea with Turkic tribes through the Great Silk Road. Nomads quickly enjoyed the new drink. The fact is that there was a shortage of plant products in the steppe, and tea made up for the necessary vitamins and minerals. With the advent of tea, people really felt better.

It is no coincidence that among Kazakhstanis there are jokes about tea. Tea is consumed at any time in large quantities. For example, in the southern regions, where the temperature can reach +50 degrees Celsius, people prefer hot black tea with milk. It is claimed that such tea refreshes and quenches thirst.

In East Kazakhstan, tea is drunk with salt. Such a tradition came from neighboring Mongolia. Sometimes not only cow's milk is added to salty tea, but also camel and mare. After eating traditional fatty foods, it is recommended to drink green tea, as it is able to level the effect on food on the stomach, reduces pressure and cholesterol.

This specificity is directly related to the climatic conditions of these regions. In regions where traditional values ​​prevail, a woman pours tea; her status and age speak of respect for the guest. Usually this is a daughter-in-law (kelin) or the wife of the owner of the house, who did not interfere with the conversation of men. She carefully watches the uninterrupted tea drinking of numerous guests and, without waiting for requests from them, constantly fills their bowls until they get drunk or politely refuse. Tea is not accepted to finish to the bottom, it was bad form. Freshly brewed tea is always drunk from cups without a pen, a bowl. Dried dairy products were served for tea: kurt, irimshik, sarysu.

There are several ways to show that you are already drunk: topple the cup on the saucer, put the bowl on the side, put the spoon in the bowl or on top of the rim of the cup. 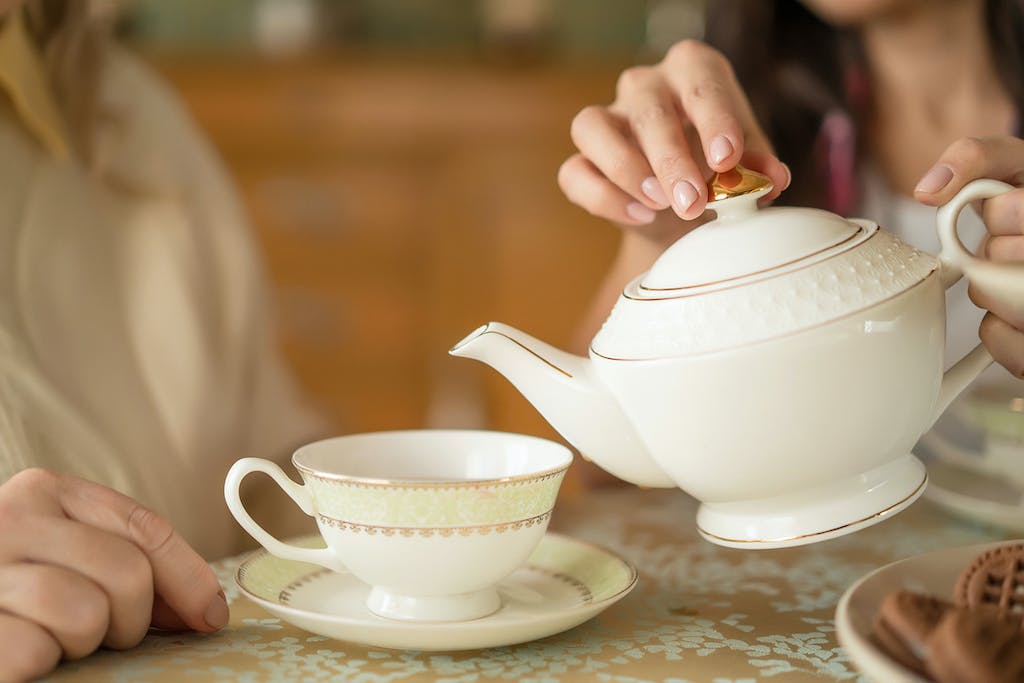 Kumis is an ancient fermented milk drink of nomads, a product of mixed alcoholic lactic fermentation of mare's milk. In Central Asia and Mongolia, in the old days the cooking method was kept a secret. A special leaven for kumis was prepared in a bowl made of cattle, now there are modern wooden barrels. As a result of the decomposition of milk sugar in koumiss, up to 3.5% ethyl alcohol and about 1% lactic acid can accumulate.

The beneficial properties of the drink are not only in quenching thirst, and in the treatment of tuberculosis. Koumiss also eliminates a hangover syndrome, normalizes the intestinal microflora, increases hemoglobin, has a beneficial effect on the nervous system, slows down the development of cancer, and rejuvenates the skin.

There are many ways to make koumiss. In spring, freshly pre-mare’s mare’s milk (Saumal) is placed in a camel, foal or goat skin wineskin, and a special sourdough is added. And after two-three days, kumis is ready. By tradition, the first kumis is served to guests who bless the owners of the house. This rite is called kumis muryndyq.

We will give several ways to cook kumis:

Uyz kumis - a thick, pickled kumis of the first milking.

Bal kumis– a well-whipped kumis with the addition of a piece of dried horse meat (kazy). In comparison with other species, it is thicker, has a yellowish color, a delicate sweetish taste, easily assimilated in human body.

Sary kumis (yellow) - prepared in the fall. This is a healing strong drink.

Qysyraqtyn kumis– kumis of the mare of the first stallion, contains a large amount of calories.

The most time-consuming task is the preparation of yeast for kumis. It is prepared in a dish made of cattle skin, which is smoked with juniper, meadowsweet, birch bark and coated with oil. Smoked kazy is put in kumis and whisked for a long time, this makes it strong and less sour. This type of kumis is called oltirilgen kumis - in terms of quality it is considered one of the best. A small alcohol content of 1.5 to 3 degrees gives koumiss aconite root.

Shubat is a sour-milk drink made from camel milk. Compared to kumis, it has a higher fat content. Depending on the exposure, several types of shubat are distinguished - light, medium strength and the strongest. Sourdough is usually placed in a torso leather bag, camel milk is added and left in a dark room for souring. Unlike kumis, shubat is not shaken, but mixed. The drink contains easily digestible proteins, which determine its nutritional value.

This drink is not so popular because of the specific taste that not everyone likes. In different regions of Kazakhstan, shubat is called differently: in Central and Western Kazakhstan - shubat, in South - qımyran, in the East - toye kumis (camel kumis).

Camel milk is also used for cosmetic purposes. Middle Eastern women have always used his milk as a mask, effectively protecting the delicate skin of the face from the bright rays of the sun and weathering in the desert. Camel milk is extremely rich in various useful substances: proteins, moisturizing, nourishing and rejuvenating the skin, vitamins C, A, B1, B2 and B12, immunoglobulin and natural carotene, various minerals. The natural antibiotics contained in it are effective in combating psoriasis, seborrhea, dermatitis and are able to smooth wrinkles and lighten the skin of the face.

Ayran is prepared from both skim and fat cow, sheep, goat and mare's milk: it is boiled and then they wait until it becomes warm, add fermentation, shake and let stand for two to three hours. By the way, Ayran can not be stored for more than a day, otherwise it will lose its useful properties.

The pioneers of Ayran are nomadic peoples; on long trips, a drink was needed, which you can not only drink, but also eat. That is why the real Turkic Ayran is very dense. For nomads, airan was not only a hearty meal on the road that could diversify a meager diet in the wild steppe, but also this drink is a valuable source of calcium and phosphorus.

If you want to make ayran yourself, we offer one of the simplest recipes for making ayran: 1 liter of chilled boiled milk is mixed with 100 g of yeast (kefir), poured into a glass dish and kept for about 10 hours until fully ripened. Ayran with low calorie content has the amazing property of giving strength, lowers blood cholesterol and helps to normalize weight. Nutritionists recommend spending unloading days on Ayran, in just three days it will help to lose 2-3 kg. This drink is useful for people suffering from respiratory diseases, it also increases the resistance of the respiratory system to infectious and colds.

Qatiq is a fermented milk product that is made from thick chilled milk. For its preparation, 1 liter of chilled baked milk and 100 g of yeast (kefir) are mixed. Milk must be melted (for this it needs to be put on fire and stir constantly, not bringing to a boil). After the katyk is wrapped up and left for 6-8 hours in warmth. This katyk does not work the first time. On the second day, the whole procedure is repeated, but instead of kefir, 100 g of yesterday’s katyk is added to baked milk. Only after three sourdoughs you will feel the taste of a real katyk.

It is thick, tasty, easily absorbed by the body and has a high value. Useful properties of the drink are associated with its leaven. It consists of a combination of bulgarian bacillus and lactic streptococci. Due to the presence of iron in its composition, katyk enhances immunity. Magnesium contained in this drink prevents the appearance of stones in the bladder and kidneys, facilitates the process of digestion of food. Phosphorus helps restore the body, reduces pain in arthritis. Silicon improves the metabolism in the body, it is necessary for the good work of the lungs, adrenal glands, pancreas and thyroid gland. 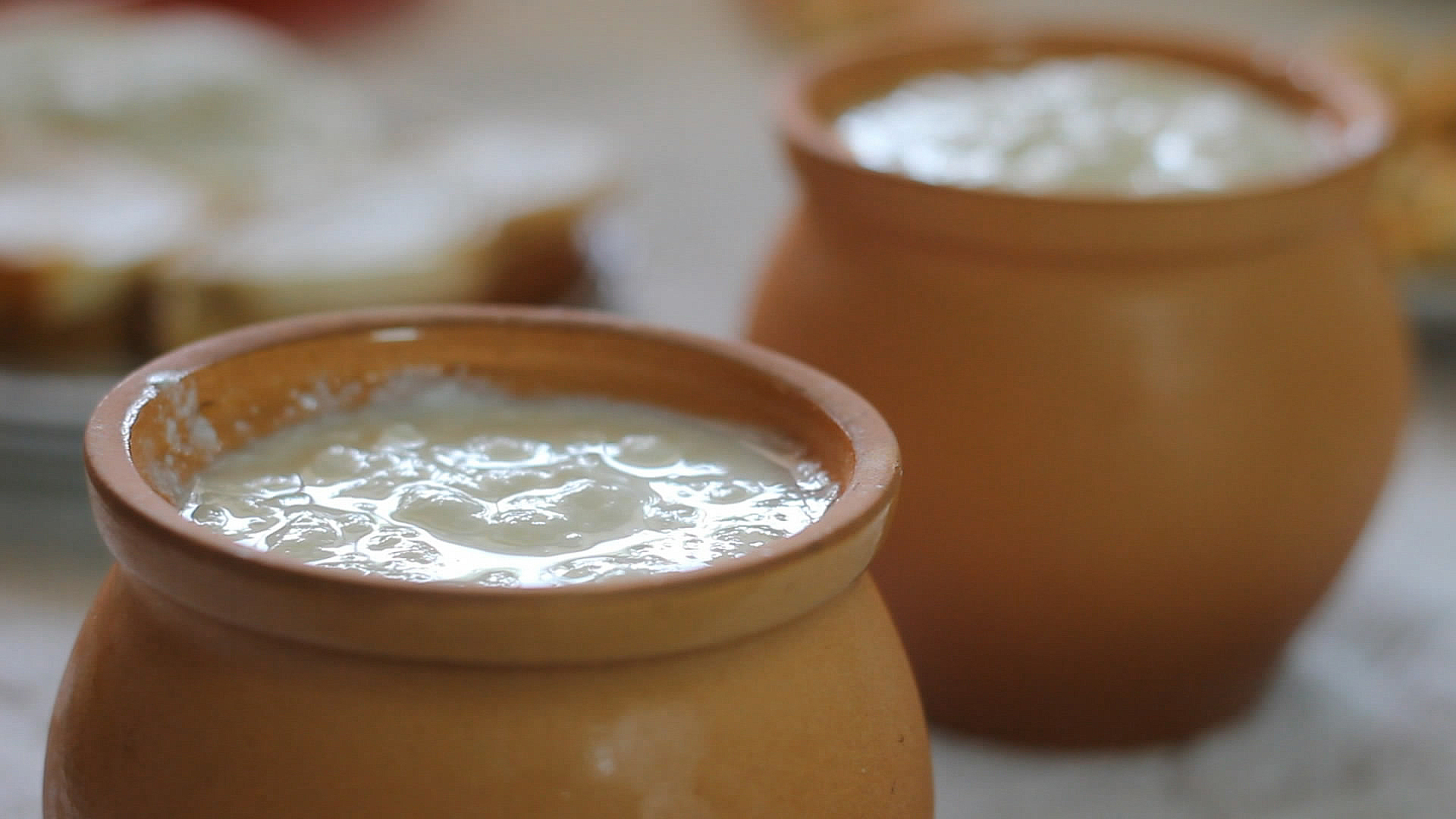 Currently, due to the Europeanization of the population, traditional dairy drinks are rarely prepared in large cities, but ready-made sour-milk products can be purchased at supermarket shelves or in restaurants with Kazakh national cuisine.

Best Places for breakfast and business-lucnches in Nur-Sultan

A nation who does not remember its past does not deserve the future. This phrase, like no other, is suitable to understand the topic of the...

Originating in the 9th century on the territory of Iraq, Sufism, which later had a strong influence on the cultural history of Central...

Medeo (Medeu) is a main attraction of Almaty and it is one of the most popular places among tourists. The Medeo ice rink is the highest...