Top 10 Food to Try in Kazakhstan

Kazakh traditional cuisine - the cuisine of the nomadic people.

In many ways, Kazakh cuisine is similar to the cuisines of neighboring countries like Kyrgyzstan and Uzbekistan, but is slightly different in cooking technology and recipe. Most of the traditional dishes of Kazakh cuisine are hearty meat and flour dishes.

The main traditional dish is Besbarmak (Beshparmak). Besbarmak - literally translates as “five fingers”. That is because people used to eat this dish with their bare hands i.e with five fingers. 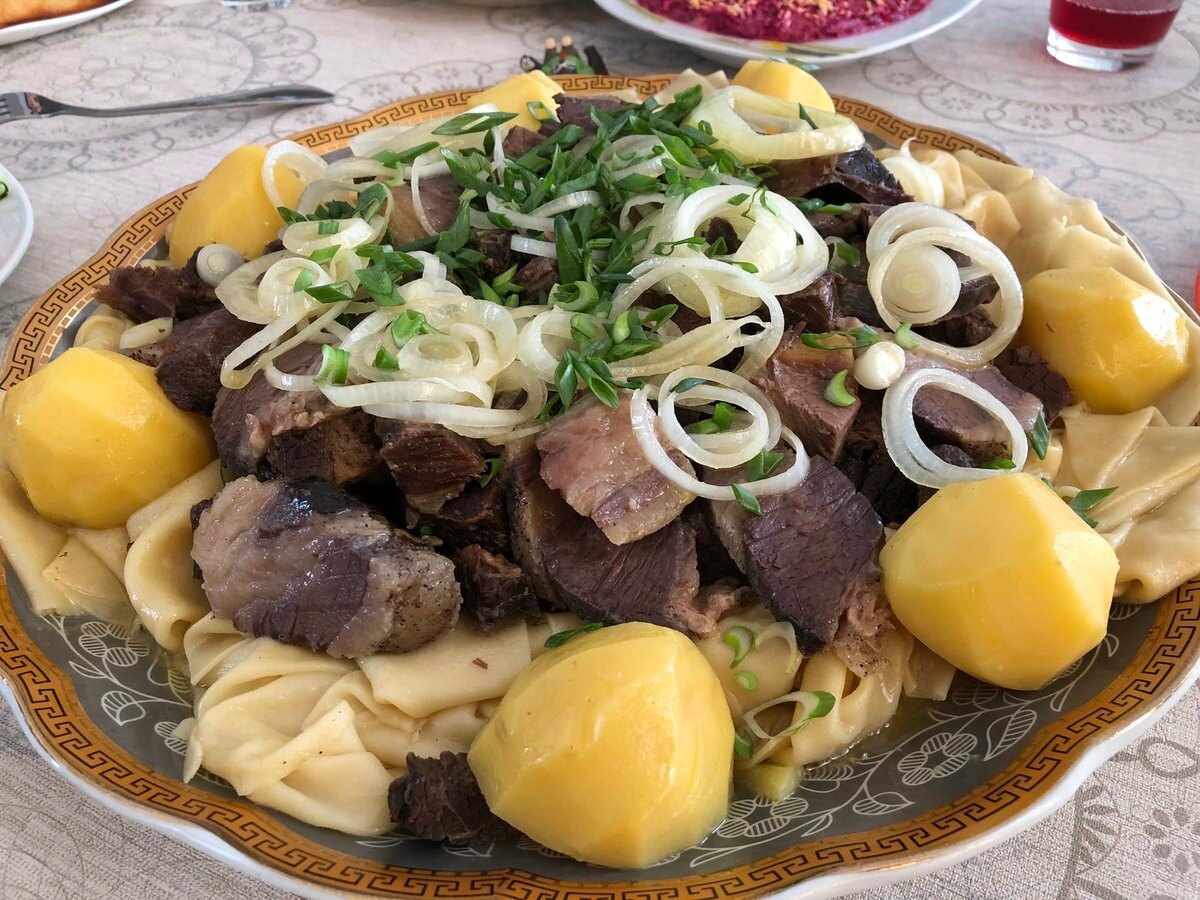 Actually, there are many types of beshparmak. It is because each region of Kazakhstan makes it differently, by thiers on way. In western Kazakhstan, people make beshbarmak from fish and camel meat. In the south people usually add a lot of dough, and in the north more meat. In central part they put little dough and big pieces of meat.

The cooking process is easy, but very long. Firstly, to make traditional beshparmak you need to boil a meat for 3-3.5 hours on low temperature, until the meat is soft. It will be very easy to separate from the bone. After two hours of cooking, put 1-2 peeled onions, bay leaf, pepper and salt into the broth. Then make simple dough, roll it out and cut into medium-sized squares. Remove the meat from the pan and boil the dough in the same broth. When the dough is cooked put it in a large plate, then put the meat on the top. You can also add onions, dill, carrots or potatoes to beshparmak.

Kuyrdak - Kazakh national roast, which is prepared from meat and offal, such as kidneys, heart, liver, as well as with onions, plenty of greens and potatoes. If you don’t like offal you can replace them with meat ribs. 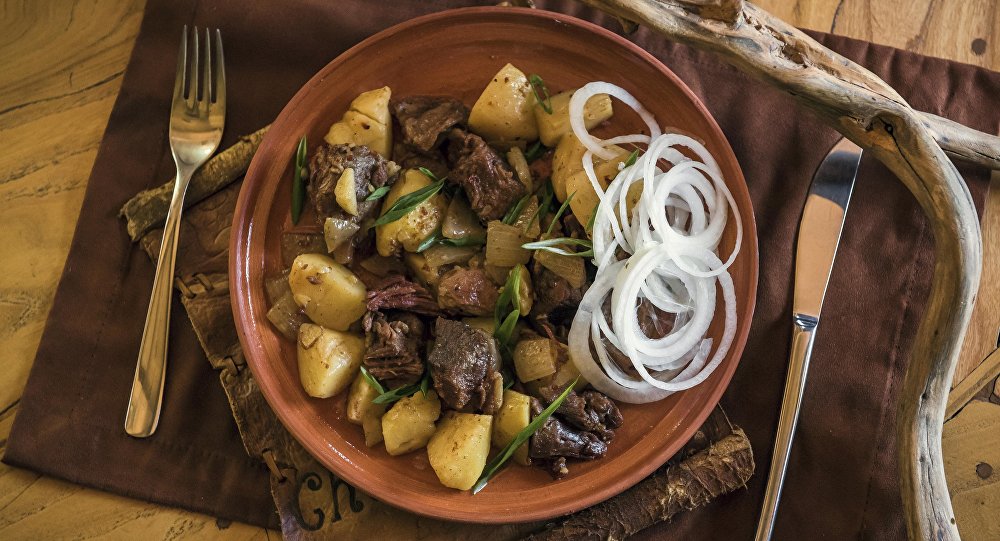 Some people think that the name of this dish comes from the Russian word "kavardak" (translates as mess). Kuyrdak is healthy and high-calorie dish. It will make you feel satiated. In the past this meal was given to women to maintain strength before childbirth. To cook kuyrdak you just need to chop meat and vegetables, and then fry in a large cauldron.

A kazy is a horse meat sausage made in a special way. Usually foreigners are scared to try kazy because of the way it is made. In order to make kazy you need to stuff a natural horse intestine with meat from horse ribs and horse fat and then add spices. It should look like a large half-ring. Kazy can be in different forms - boiled, smoked and dried and. Traditionally, people eat boiled kazy. 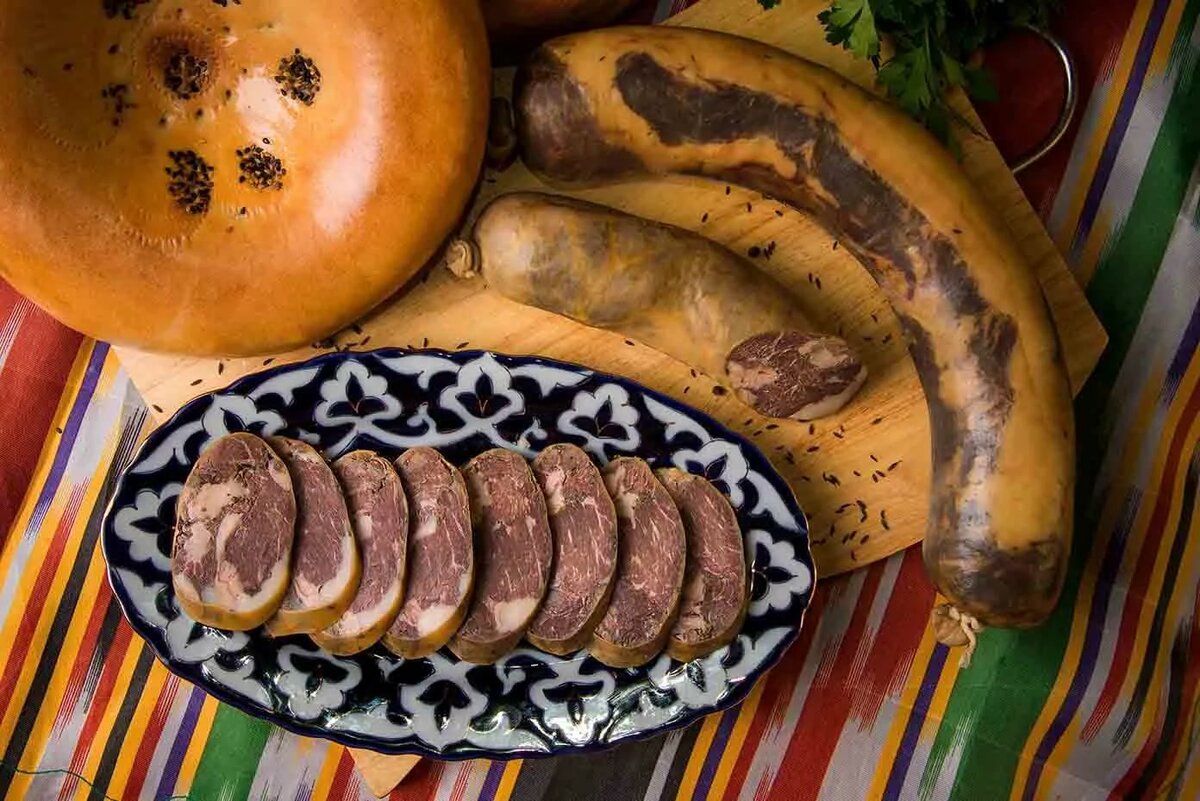 Actually, horse meat is very health, it has lots of advantages. It is considered as dietary meat, which is perfectly absorbed by the body (8 times faster than beef); horse meat is able to lower blood cholesterol, has a low fat content; has vitamins A, E, group B and iron. Also, the horse meat is hypoallergenic. 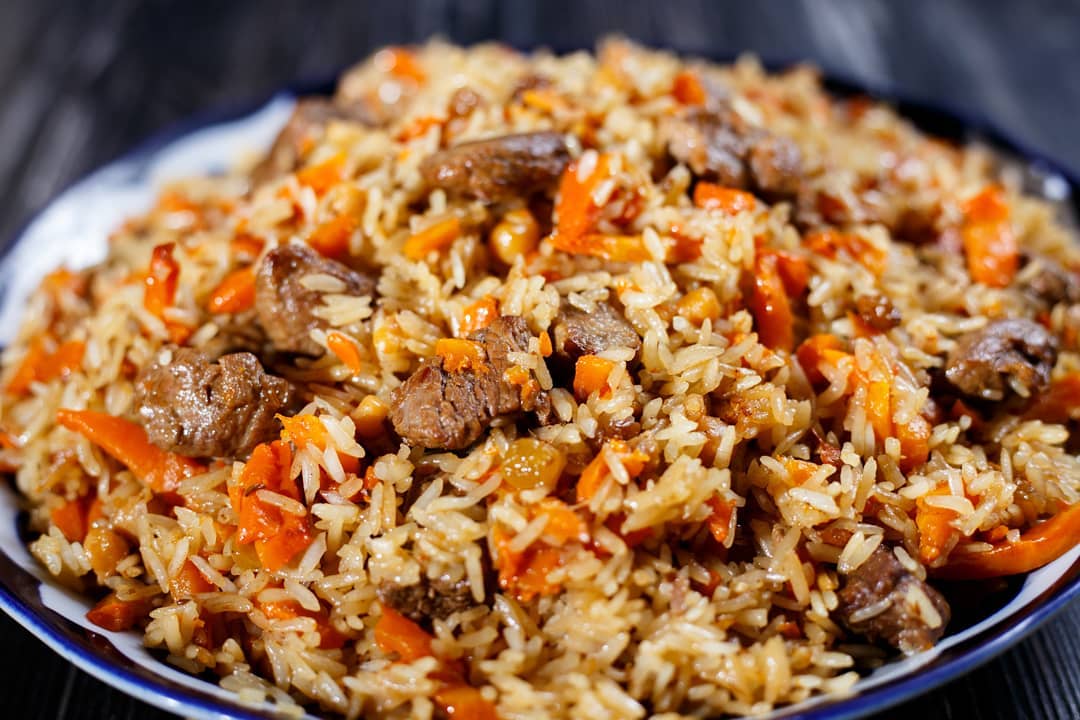 Palau is Central cuisine, the basis of which is boiled rice. It is believed that people began to cook palau in 2-3 centuries in BC. In order to make palau you need fry the lamp until golden brown, add finely chopped carrots and onions and fry again. Then, add water, make 2-3 punctures to the full depth, close the lid tightly and bring to low heat until cooked.

It is a traditional bread. Not a single holiday takes place without baursaks. They are very easy to make. You need to mix flour, dry yeast, sugar (if you want them sweet), salt, milk/water. And fry them on hot, boiling oil. Baursaks especially are tasty when they are hot. Due to the lack of eggs in the dough, baursaks retain their softness and taste even when they are cooled.

It is a hard salted cottage cheese or salted cheese. The word kurut comes from the Turkic adjective kyra, or kuru, which means “dry”. It can be made out of sheep and goat milk, nut traditionally it should be made out of cow milk. 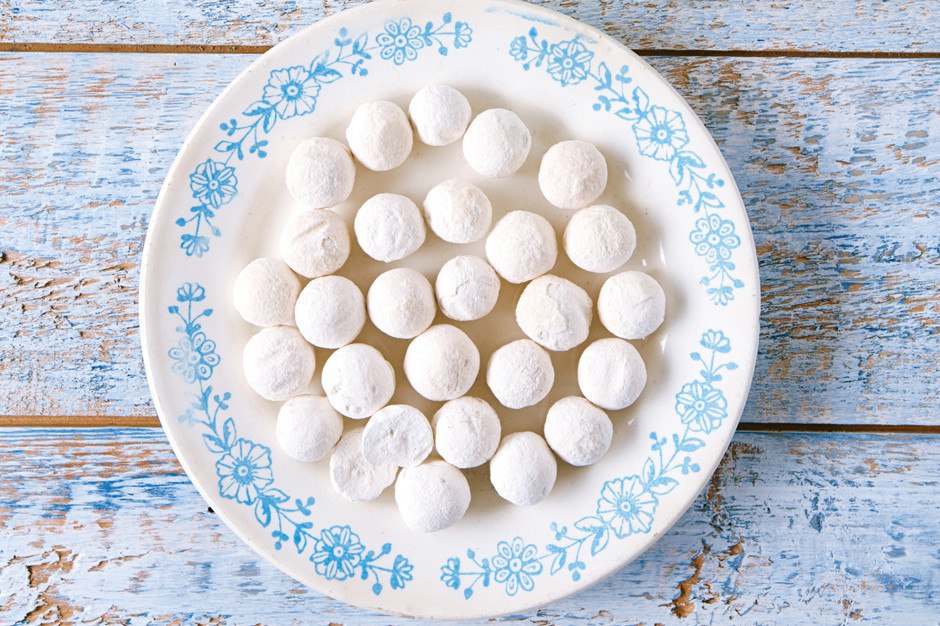 There are many different ways of making kurt:

“Evaporative” type is prepared by evaporation of a sour-milk base;

“Pressed” kurt is obtained from raw fermented milk mass by squeezing in the palm of hands;

“Powder” kurt is made by grinding any type of kurt;

“Clumpy” kurt is made from evaporated sour-milk mass, with the addition of fresh milk. 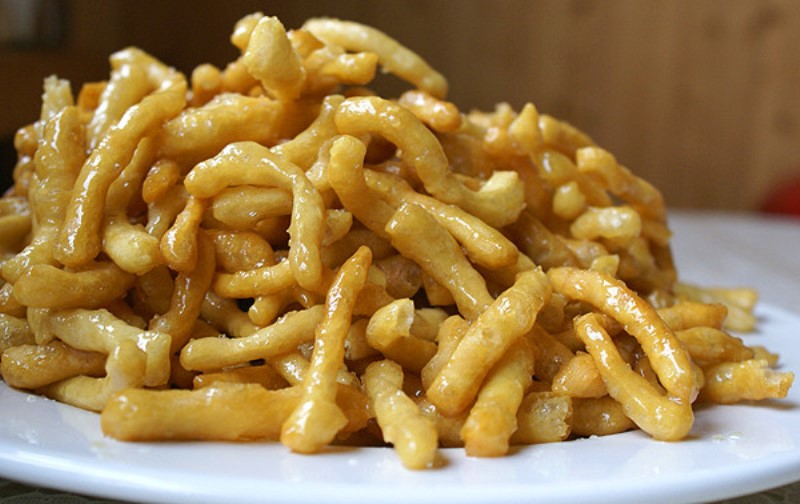 Is a traditional dessert of Kazakhs, Uzbeks, Tatars. In order to make chack-chack mix eggs, sugar and butter. Then add milk and flour. Roll the dough into thin layers. Cut little strips and fry them in hot boiling oil. Drain them, add honey and add some dried fruits. 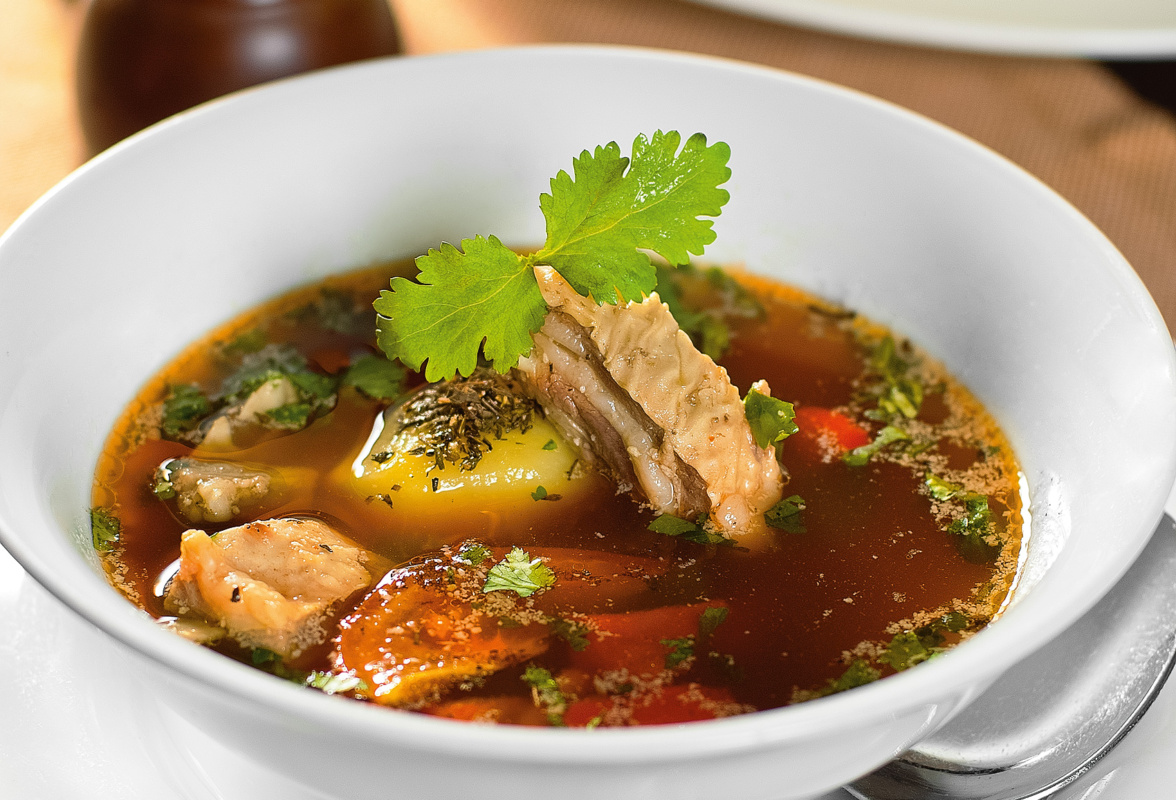 It is very simple but very delicious soup. Sorpa means soup. Traditional sorpa only contains 4 ingredients: meat, onions, carrots and potatoes. In the cauldron cook broth with a lot of meat and onions, add carrots and potatoes and some spices. You also can put some vegetables if you want.

Zhent is a traditional Kazakh dessert, which is usually prepared for the holidays and on a special occasion. Zhent is made from millet and served for tea as a dessert. 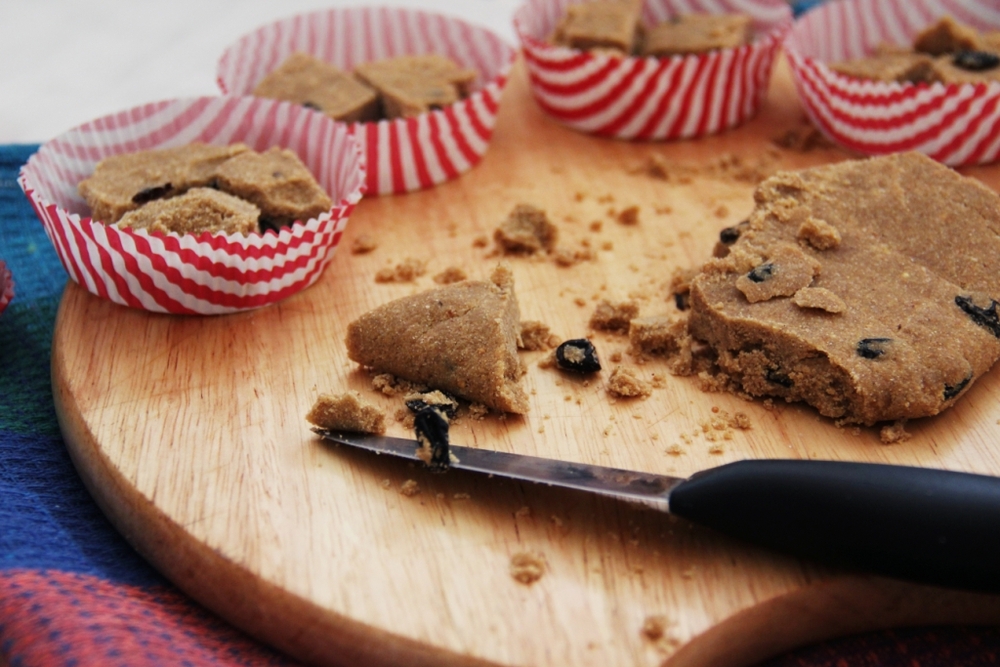 If you want to cook zhent, you need to fry the millet in a dry (without oil) pan. Mix it with sugar and chop, add melted butter, put into a rectangular shape, place in the refrigerator for 1 hour. Then cut zhent with a hot knife into small pieces. Now it is ready to serve.

How to spend a perfect weekend in Almaty

Atameken in Nur-Sultan - Ethnography at its Finest

Hotels and hostels of Semey

Aktau is a city that is located by the Caspian Sea. The tourism is developing and tourists began to visit this city often. Therefore, there...

With all of the technological development and advancements in the world, the ecological problem remains relevant. With all of the...

Soviet Architecture and legacy in Pavlodar

Pavlodar is a city located on the North of Kazakhstan. It was based in 1720 as Russian outpost where only 48 people lived. In 1862 it was...