Backpacking is gaining popularity both among the population of Kazakhstan and among foreigners. Backpacking is not only an opportunity to be alone with nature, spend time with friends, but it also has health benefit.

Hiking can give a person much more than many hours of exhausting classes in the gym. You can strengthen your body and develop muscles while spending time outdoors with beautiful views. In Kazakhstan there are lot destinations that you can visit, but here is a top places you can’t miss.

The most northern ridge of the Tien Shan mountain country. It consists of a system of mountains and intermountain depressions, where a strip of foothill plain is included. ZA stretches in the latitudinal direction for 380 km - from the Charyn River in the east to the Chu River in the West. Its width is 30–40 km. In the south it is bounded by the deep gorges of the Chilik and Chonkemin rivers. 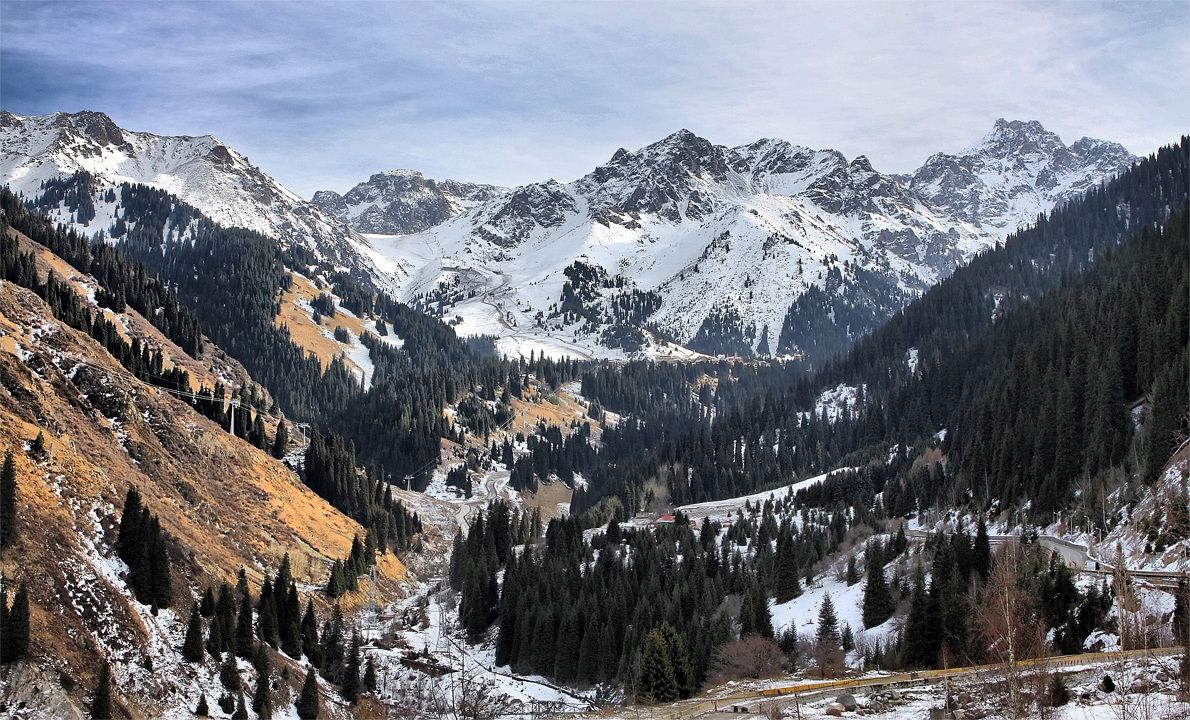 The highest peaks are located in the central part, where the ridge at a distance of 130 km has elevations exceeding 4000 m above sea level. There are 22 peaks with a height of over 4,500 m. The highest point of the entire ridge, the Talgar peak (4,973 m), rises here. It is located in one of the most inaccessible corners of the Zailiysky Alatau, it does not have easy 1-2 day routes, so climbing to its peak is a small expedition that only well-trained participants familiar with the basics of climbing technology can do.

The gorge is named so because in the beginning of the 1920s Orthodox schematics hid here in caves from the Bolsheviks. They huddled in the crevice of a rock in which they built a small church. After they were discovered the monks were shot, and the cave with the church inside was blown up.

Now on this place there is only a shallow corridor of the entrance to the rock cache, and a dilapidated old wooden. 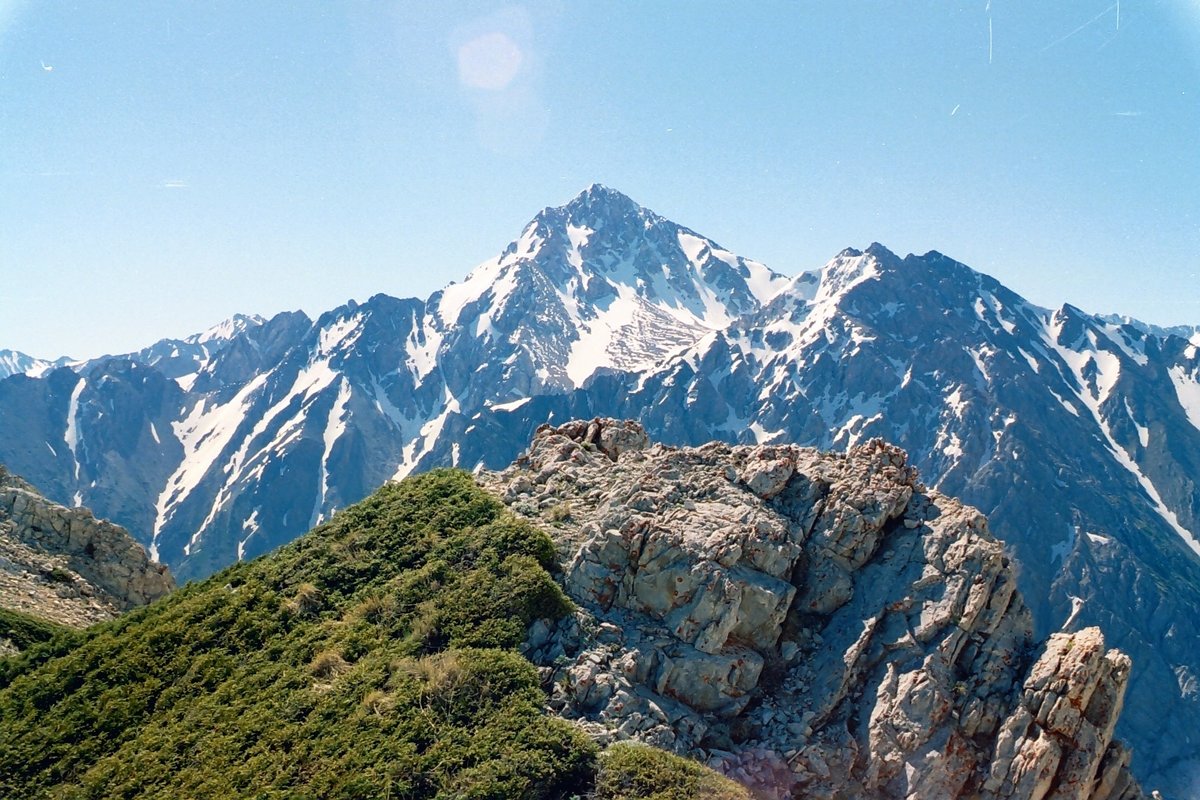 A mottled mosaic of multi-colored alpine flowers adorns the foot of harsh peaks with dazzling snows and bluish tongues of glaciers. The reserve is the richest treasury of rare, endangered and endemic species of animals and plants. There are argali and mountain goats, deer and roe deer, lynx and snow leopards, wolves and foxes, bears and porcupines, stone martens and ermines. High in the sky are bearded men and vultures, griffon vultures and golden eagles.

Charyn Canyon is a unique natural monument, composed of sedimentary rocks, whose age is more than 12 million years. A state national natural park has been established on this territory. The remains of elephants, mastodons and other extinct animals are still found in these places. 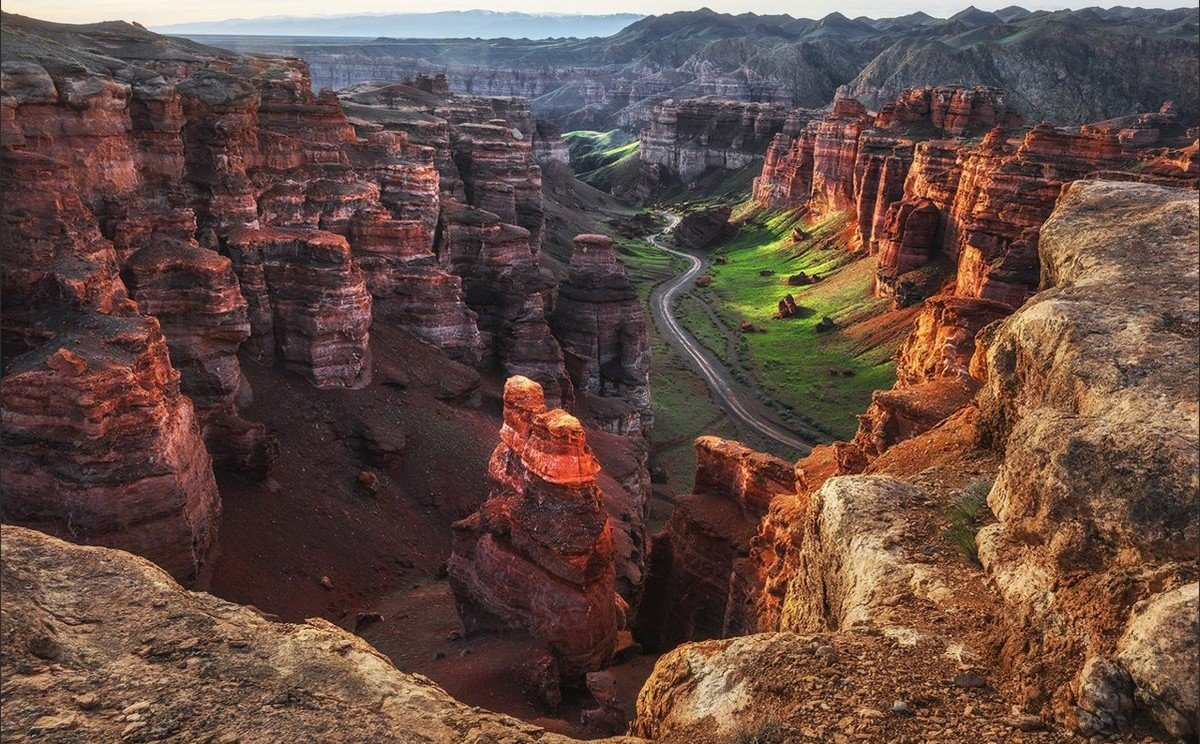 In order to get there, you need to take a bus to Kegen and Narynkol from the Sayakhat bus station in Almaty. The cost is about 1000 tenge. The buses leave in the morning, so you need come to the bus station earlier. Ask the driver to stop at the turn to Charyn Canyon. From there you will have to go 10 km through the steppe.

Places for backpacking are not only located on the south of Kazakhstan. Another destination that you should visit is Usturt Plateau. The place is amazing. Nowadays the plateau is almost deserted, in ancient times people used it very intensively, and its history remembers and carefully stores the traces of the Scythians, Mongols and even earlier peoples.

Preferably, visit Usturt in the beginning of the fall or late spring, because in winter there is too cold and icy and on summer time there is hot weather. And don’t forget to bring lots of water with you, the way is long. 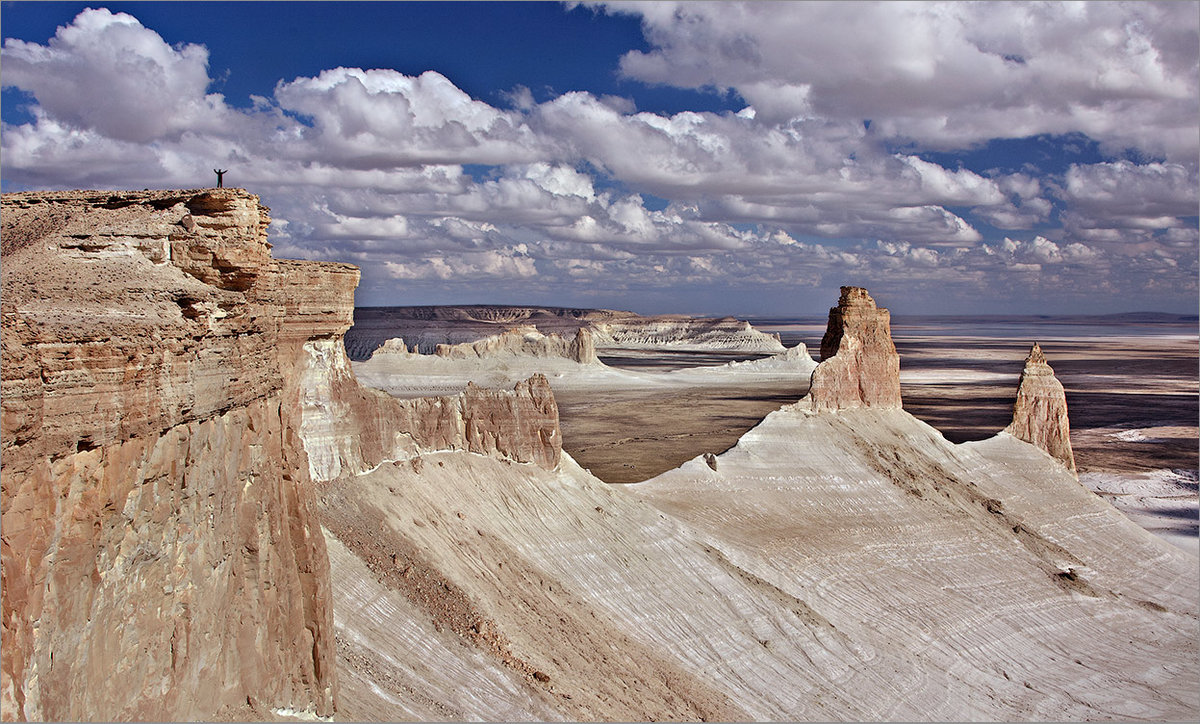 Burabay is widely known as a geographical point with an original, rare nature in Kazakhstan. The surface of the park is a low mountainous area that is part of the Kazakh small hills.

You can stroll through the dense forest, visit places like, the throne of Ablai Khan, Ablai Khan Meadow, Zhumbak tas (a rock located in the middle of the lake), climb the rock Ok Zhetpes, swim in the clear waters of many lakes. From Nur-Sultan to Borovoe you can get very easily. Every day buses and electric trains go from the Nur-Sultan to Borovoe.

The best natural spots to visit in the fall

Charyn Canyon – A once in a lifetime experience

Aksu-Zhabagly is the oldest and most famous nature reserve in Central Asia. It was created in 1926, its area has been increasing all the...

Pizza has become very popular dish in Almaty. It is available in almost any café and restaurant, in beer pubs, cafes, dining rooms...

Five places where to buy eco products in Nursultan

It is human nature to litter not only the surrounding nature but his organism. Cleanliness on the street can be fought, but is it possible...

How to spend the perfect weekend in Aktau

Aktau is the only city in Kazakhstan located on the shores of the Caspian Sea. In summer, the temperature here reaches +45 ° C, and the...